Firstly, I’d like to thank every single one of you who voted and showed your support to get me into the Larmer Tree Festival Breakthrough Music Awards! You got me into the final and listening to the bands who got to the Semi-Finals, that was a huge deal. Thank you!

Unfortunately, despite sweating it out on-stage in what was a nerve-wracking 15 minute set, I didn’t win that night at the final. It was crazy tough competition from: Sorry About Shaun, Towers, Arcade Hearts, Laura Goldthorp & Annalie Wilson – All incredible artists I can’t recommend enough to check out! Arcade Hearts & Laura Goldthorp took the win that night, so congratulations to them! 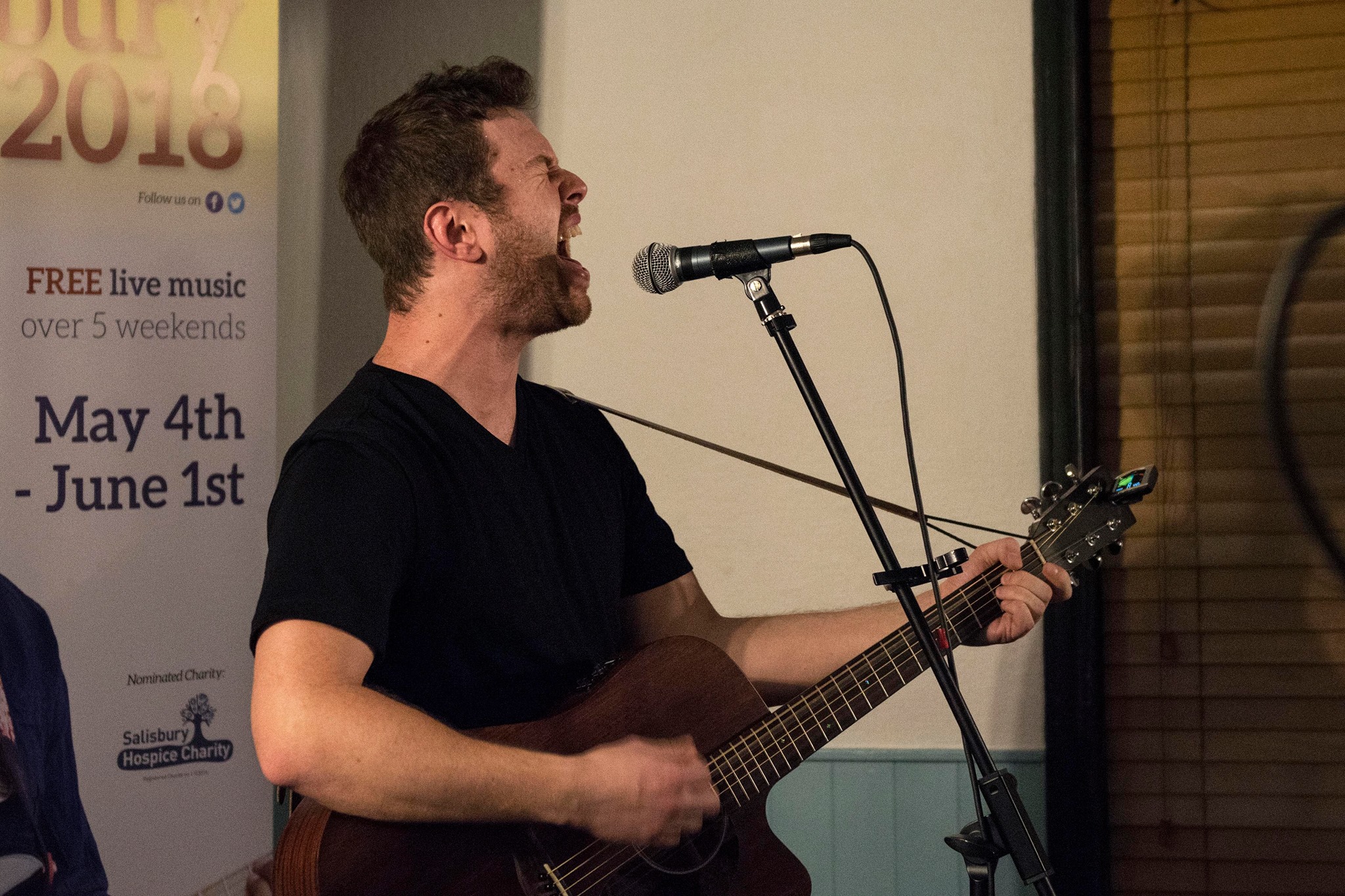 Now don’t get me wrong… I was super gutted not to have won, but to have gotten that far meant a lot. It was also a lot of fun to see The Winchester Gate in Salisbury so busy and packed supporting all the bands and solo acts on April 20th.

Some really kind words from the lovely folk at Larmer Tree Festival, “Wiltshire musician Lucas Hardy was next on the acoustic stage, and gave an energetic and engaging performance of upbeat folk tracks with a distinctive pop-punk edge.”, you can read more at: http://larmertreefestival.co.uk/introducing-2018-breakthrough-music-award-winners/

Thanks for having me along to play Larmer Tree and The Winchester Gate and to the judges including the  Festival’s founding Director, James Shepard, the Festival’s Creative Director Sarah Dennehy and James Tailby from Naim Records; I had a great time. See you next year 😉