Lucas Hardy is a singer-songwriter from Salisbury, UK. His new album, ‘This House, It Was A Home’, blends his Acoustic Folk sound with a modern Rock edge, through songs that start at 100% energy and then weave in between stripped back melancholic numbers that he has been writing & performing since his first EP release.

Becoming a solo acoustic musician wasn’t to be predicted given his early influences in bands like Green Day & blink-182, though the passion, energy and emotion put into his songs does not fail to show that Lucas is exactly where he’s meant to be; with his voice & guitar.

Lucas has been featured on MTV with one of his cover versions airing during the show Green Day: The Ride, won an award for Best Male Solo Performer at the Salisbury Music Awards, visited his original hometown of the Isle of Wight to play V-Dub Island and the Lendy Cowes Week.

This House, It Was A Home was the culmination of a years worth of songwriting and honing a sound that best represented Lucas. It blends a singer-songwriter style with Rock, Pop and Punk sensibilities.

“An energetic and engaging performance of upbeat folk tracks with a distinctive pop-punk edge.”
Larmer Tree

“A great singer and his songs are written from the heart.”
Kev Lawrence, Castledown FM

“Captures your attention with his catchy guitar riffs and the soothing tones of his voice.”
Down The Rabbit Hole Magazine 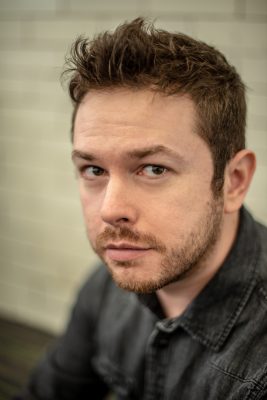