In January, a month before I lost my Mum she sent me this picture and wrote, “See, you still have loads of time xx”. 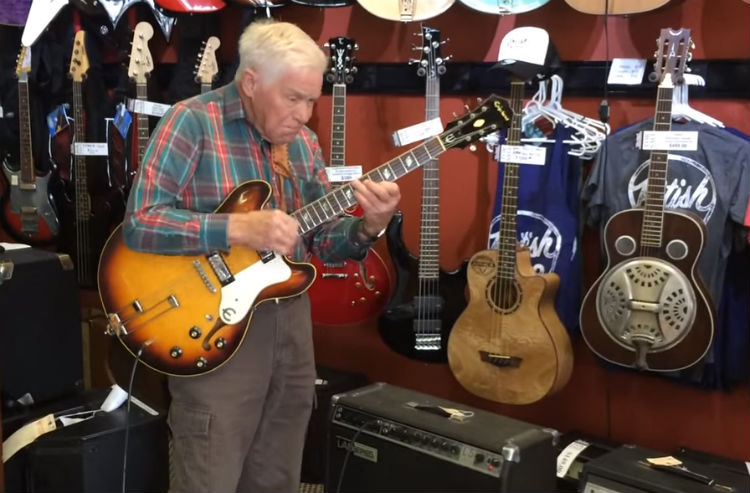 It isn’t a secret that I have occasionally battled the idea of quitting music and doing something different with my life. My Mum was always the first person to get a CD of mine, hear my new songs before I released them and I have great memories of her pulling up in her car with my first EP blasting out of the car stereo. It’s always been a good enough reason to not put down the guitar.

On one of her birthday’s I was away in another town to play a show. When asked by my Sister & Brother what she wanted to do for her birthday, Mum wanted to go to my gig; across the Solent and in another city. It was a complete surprise to me when I saw them in the venue and it is without a doubt one of my favourite gigs I’ve ever played. I don’t normally get nervous for a gig, but when your family are watching… I get nervous!

It would have been my Mum’s birthday yesterday. So, I have been thinking a lot about her the past few days (to be honest, not a day goes by I don’t think about her). But I had just seen this picture and more importantly, what she wrote with it.

Time. Time isn’t always a luxury people have. I didn’t know I’d have so little time left to see my Mum. To be honest, would knowing when I was going to lose her be any better? I don’t think so. My mindset on time has changed dramatically though. What are you or I going to do with it? Time isn’t waiting for good or bad things to happen but we can use it all as wisely as possible to make those good things happen. Maybe it’s spending more time with the people you love, maybe it’s finding a job that you love, maybe it’s starting a new project that you know you’re going to love. I don’t know.

All I know is, I love music and even if it doesn’t go anywhere right now I’m going to use as much time as I have making it because my biggest fan said to me, “See, you still have loads of time xx”.

(Photo originally from this video)