I Spent Some Time In The City
by Lucas on September 9, 2015 in Uncategorized

August was a fun month. I spent the last bit of July heading into August at my bandmate’s place (Scotty, Modern Honesty) for a week. We spent the week working on the band and we spent one evening doing a radio interview with Way Out Radio, you can hear said interview here if you missed it. It’s no secret that we talk a lot and sometimes a lot of shit, it was a lot of fun.

Modern Honesty played their first wedding gig in August and it was a hell of a experience, like most of our gigs we take home a funny story, I blogged about it on the Modern Honesty site here.

I hit Salisbury on August 22nd to play a set at this years Glastonbelly before heading to the wedding and it was fun! Always nice to head back to Salisbury for shows, I get to see my friends up there and it’s all good times. Modern Honesty also played the last day of the Glastonbelly weekend and rounded off a nice weekender of music.

If you read Southampton Music Magazine then make sure to grab a copy this month as we are in it! We did a nice long interview so have a read and find out a little bit more about our band! You can actually read the magazine online too: Read Here – If you’re so inclined as to turn any physical copies you see to our page then that would be brilliant…
September 2nd, the band hit The Joiners in Southampton to support The Dear Hunter. I had never seen this band live or even actually listened to a record before the show, but after their set I was stunned. 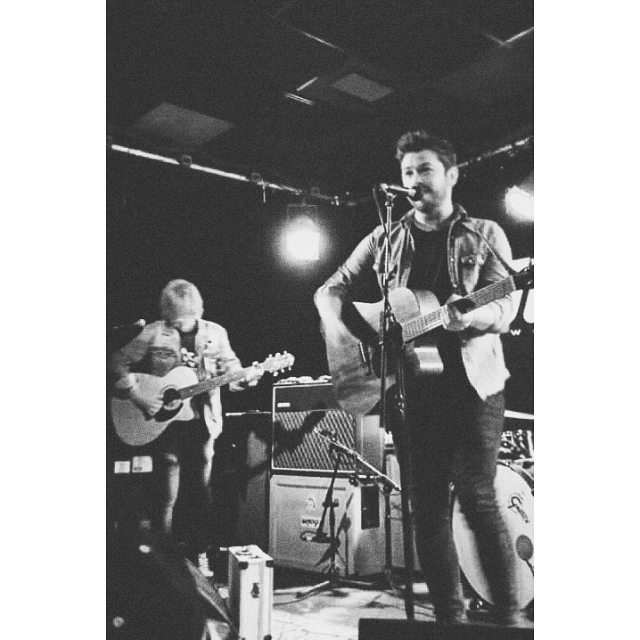 Such an incredible band and a definite honour to share the stage with them! I will be sure to catch them on their next UK tour (or support them should the opportunity arise… ha).

I spent last week chilling in Salisbury with my friends before heading back to the Isle of Wight on Monday! It is nice to be home and I’m also back with all my recording gear so back to making music and videos!
A little off the music side of things, I became an Uncle again yesterday. Congratulations to my sister and her fiancé! I’m Looking forward to meeting my niece!

Isle of Wight, I’m playing Coburgs in Ryde on September 17th supporting Gone By Tomorrow, Scars of Protest & Exile the Titan you can view the Facebook event HERE. Come along, say hi.

And now, I sleep.